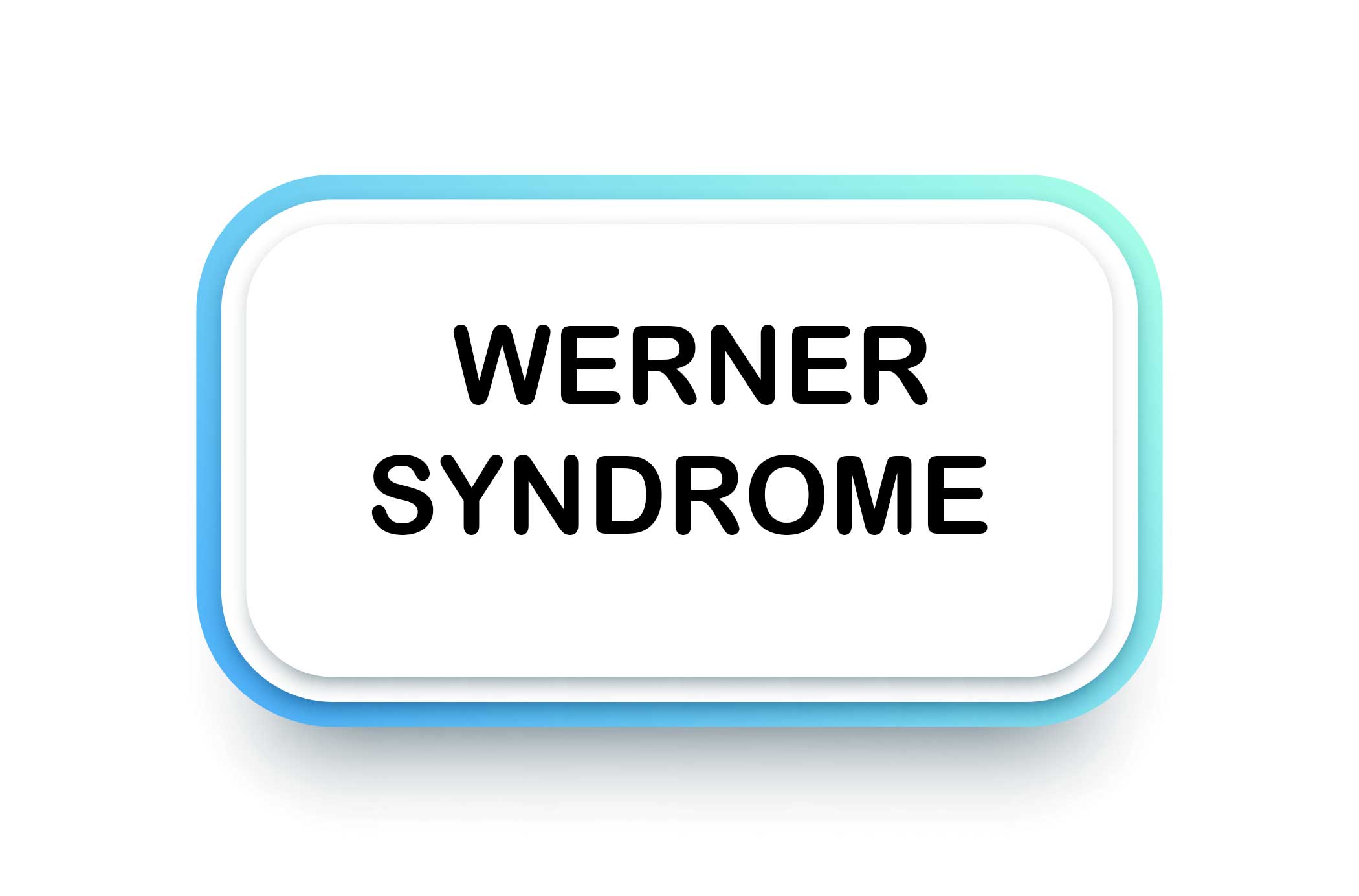 What are the causes of

"Werner syndrome" is a genetic disease that has a severe impact on human life. It is a rare disorder that affects males and females in equal numbers. The rate of recurrence of the disorder was estimated at about one to 20 per million individuals in the United States, although there were some associated consequences in early childhood and puberty, but it is most often recognized in the third or fourth decade of life.
Patients are normal at birth and during childhood. Patients with Werner syndrome have a shorter life expectancy than healthy people.
Read on to answer your questions.

What is Werner syndrome?

Also called progeria, it is:

• A rare inherited disorder characterized by the onset of unusually accelerated aging.
• People with this disorder usually grow and develop normally into adulthood. At puberty, growth stops, and adults with Werner syndrome are usually shorter than average.
• Signs of aging may appear in people in their twenties and thirties.
• Diagnosis of this condition depends on symptoms and genetic tests.

• Treatment depends on individual symptoms and focuses on preventing heart disease and cancer.

Because Werner syndrome is a genetic disease; this means that the risk of developing it can be passed on from generation to generation in the family, mutations or changes in the (WRN) gene cause "Werner syndrome", and this is done through the following: The WRN gene provides instructions for the production of the Werner protein, which is believed to perform several functions related to DNA maintenance and repair.
• This protein also helps with the process of transcription of DNA in preparation for cell division. Mutations in the WRN gene often lead to the production of an abnormally short and ineffective Werner protein.
Research indicates that this short protein does not pass into the cell nucleus, as it normally interacts with DNA. Evidence also indicates that the modified protein breaks down in cells more quickly than the normal Wernerprotein. Researchers do not fully understand how mutations in the WRN gene cause the signs and symptoms of Werner syndrome. Cells containing modified Werner protein may divide more slowly or stop dividing earlier than usual, causing problems with growth.
• The altered protein may allow DNA damage to accumulate, which may impair normal cell activities and cause the health problems associated with this condition.

Symptoms of Werner Syndrome:
As mentioned, the symptoms of Werner syndrome usually do not appear until adolescence, so the first sign may be slower than normal growth during puberty, and other signs also include:
• Height shorter than the average height for an adult.
• bilateral cataract (clouding of the two lenses of the eyes).
• Early graying of hair, thinning of the hair on the head, and skin changes associated with aging, such as wrinkles, thinning of the skin, ulcers, dryness, discolouration, and bruising. Loss of subcutaneous fat. Flat feet and thin limbs. Characteristic changes in the face (a compressed nose, small face). Voice changes (hoarse or high-pitched voice). Impaired function of the testicles and ovaries. Lack of fertility.
• Open skin sores, especially on the ankles. Arterial narrowing and hardening. Type 2 diabetes.
• Osteoporosis. A positive 24-hour urine hyaluronic acid test.
•    Cancer.


Not necessarily all of these symptoms appear in everyone who suffers from Werner syndrome, and although we do not recognize or confirm the disorder until the third or fourth decade of life, in some cases, Werner syndrome can be recognized clinically at about the age of 15 years. Based on a comprehensive clinical evaluation, and physical findings such as: no growth spurt at puberty, short stature, low weight, with family history.